At GDC 2019, I was a part of the Indie Soapbox panel where I gave a 5 minute talk on mental illness and making games.

Below is a somewhat modified transcript. 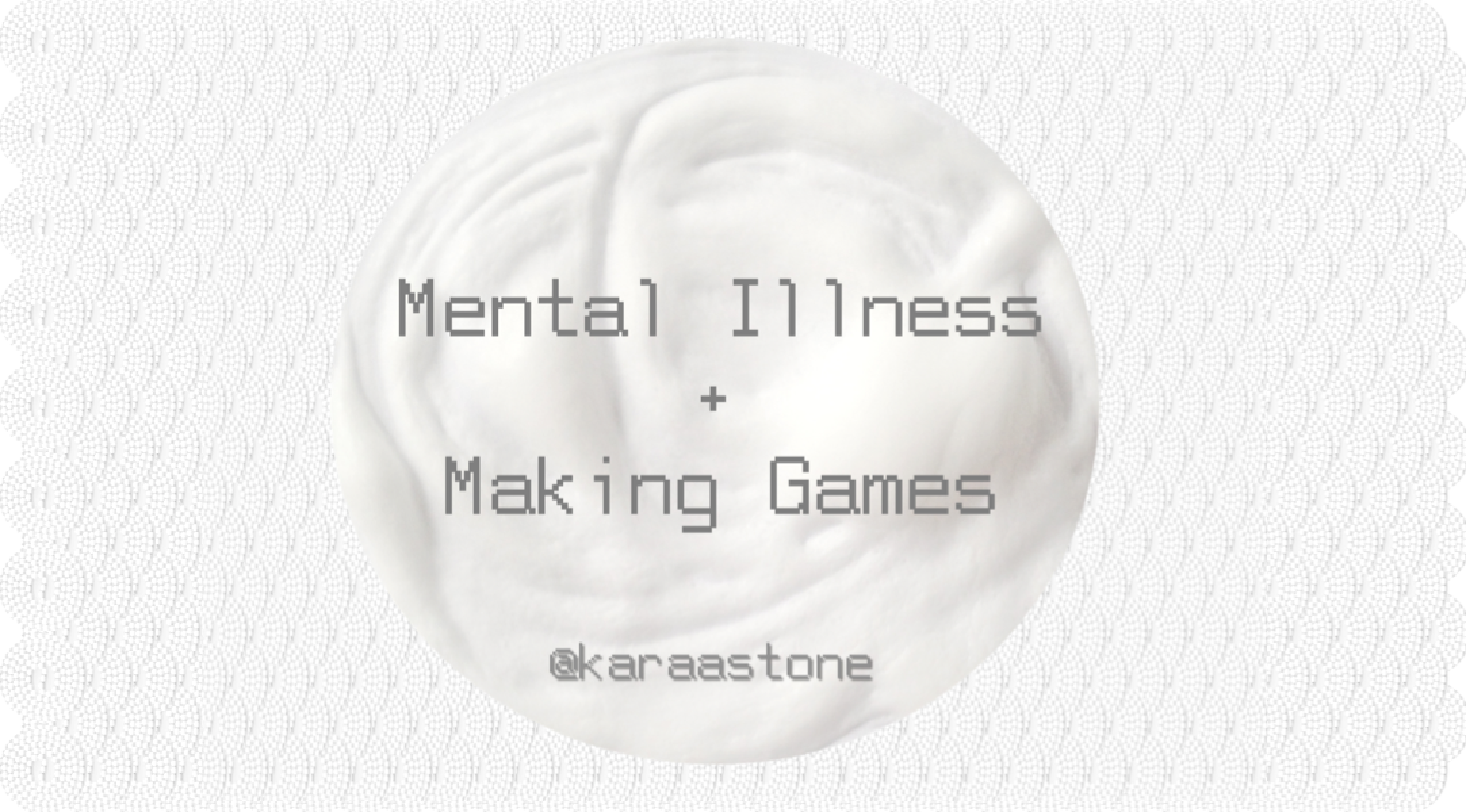 “There are three ways into talking about mental illness and videogames. The first is representation. 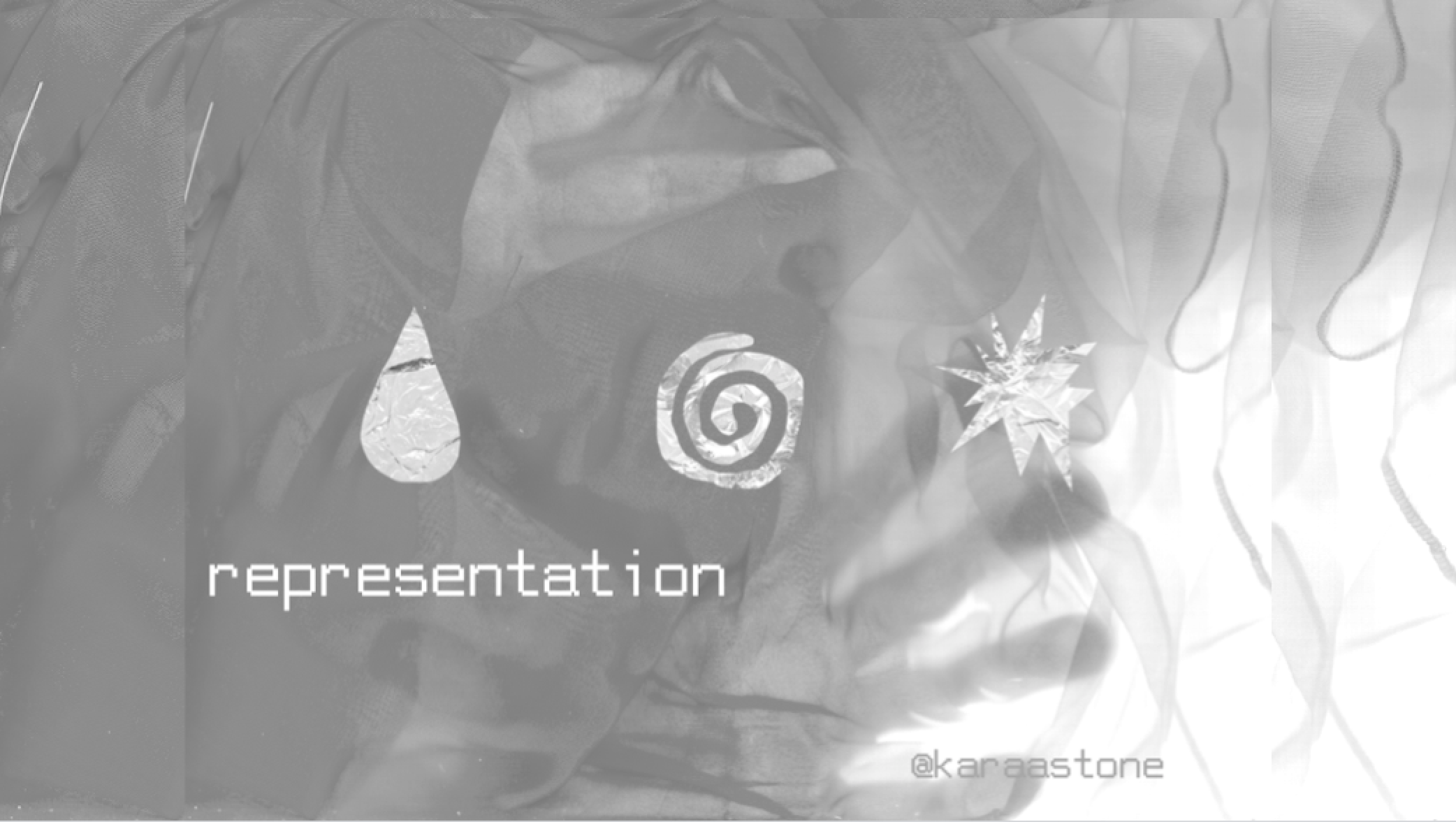 In my recent game the earth is a better person than me, we follow Delphine, a young femme who is going through a crisis and runs away from her problems and into a forest. She finds that she can talk to the environment around her; she talks to the moon about love and not understanding her cycles of emotion, to dirt about suicide and self-hate, and to the flower about perfectionism and self-harm. I like to think that it shows a specific but dynamic representation of a woman living with mental illness. This is an example of how we represent mental illness and those with mental illnesses. It is the most common way of thinking about mental illness and videogames, but just one facet. 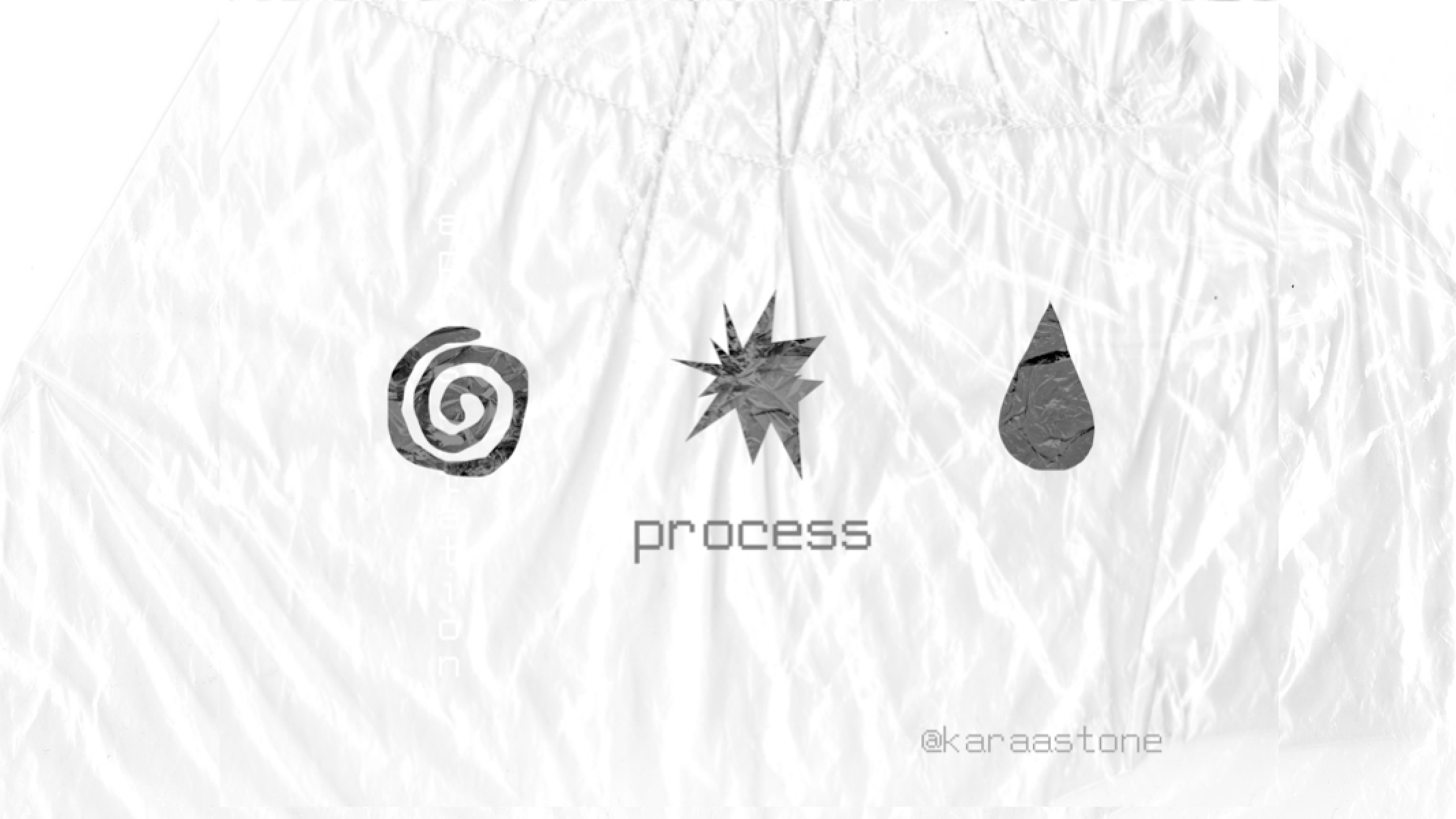 The next is process. Polaroid Panic isn’t a game, but the first – very first project I ever made where I was open about my own experiences with mental illness. I carried a polaroid camera with me for 3 months and took a photo of my face each time I had a panic attack. The pictures are material proof of a feeling, but a feeling the viewer may not be able to read onto my face. All this process took was to carry a small camera bag, and to be in touch with emotional state. 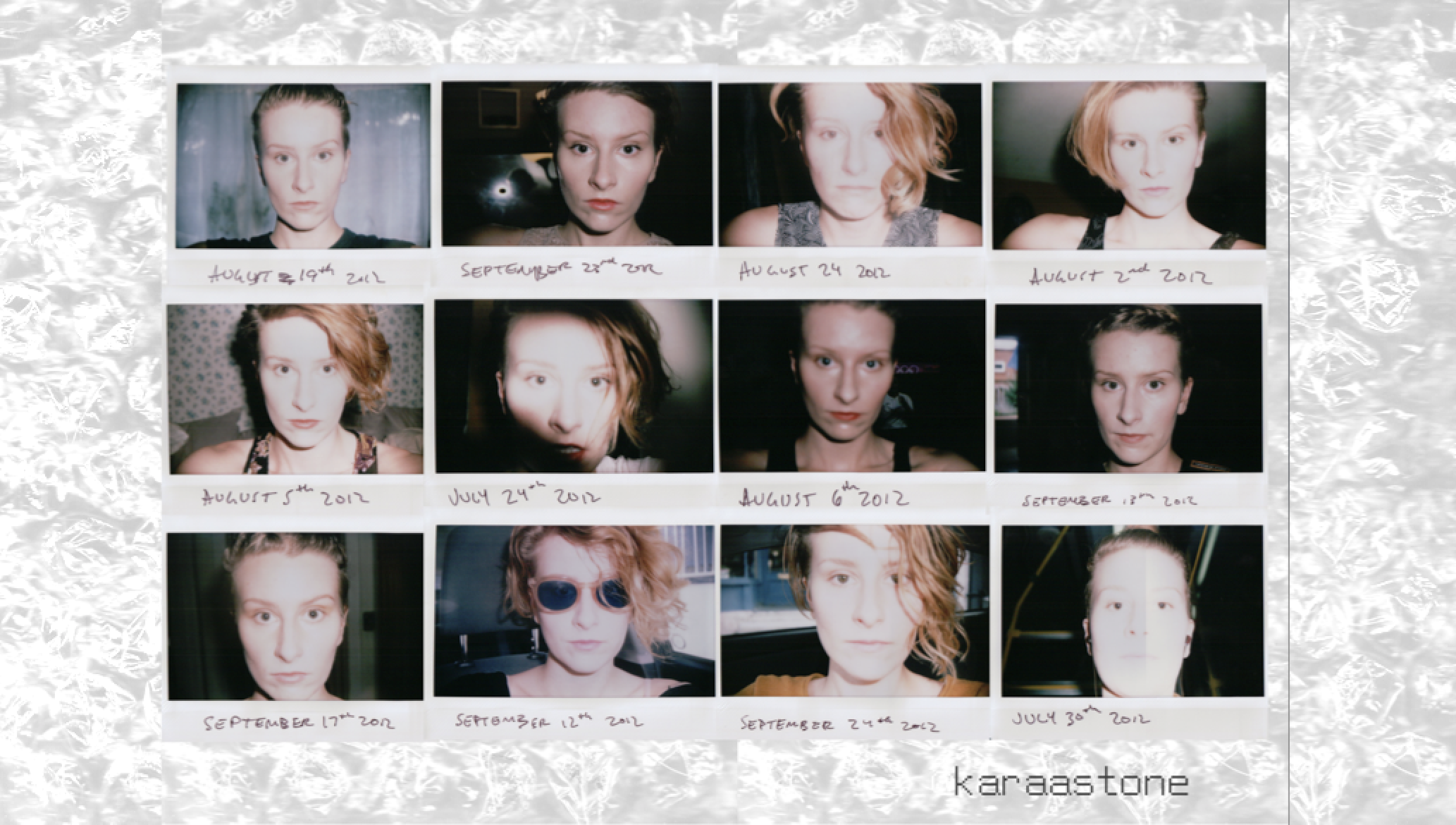 Of course, this is not how we usually are making media! We’re working in a culture that normalizes and valorizes overwork. I’m sure most of you are familiar with the term crunch. And know not to do it! But do it anyway. Sometimes our bosses say we have to. Sometimes we feel like we have to. Sometimes it feels good, because we are performing as good productive citizens of capitalism. But overwork is bad for all of us. And it’s worse for some of us. Those of us with certain mental illnesses, psychosocial disability, or mental disabilities, chronic conditions, may not be able to work like that. The energy drain happens faster, and the recovery is slower, and the repercussions more detrimental. Big indie studios, small indie studios, co-ops, collectives, and even individuals need to really check their expectations of work, labor and productivity. Productivity isn’t worth the debilitation. And that means we need to create new models of game making. and I believe we can create a process that actually benefits us, a reparative design process, like I did here in Polaroid Panic, where the end result was me being more in touch with my feelings, open about sharing them, and not being able to disregard them. 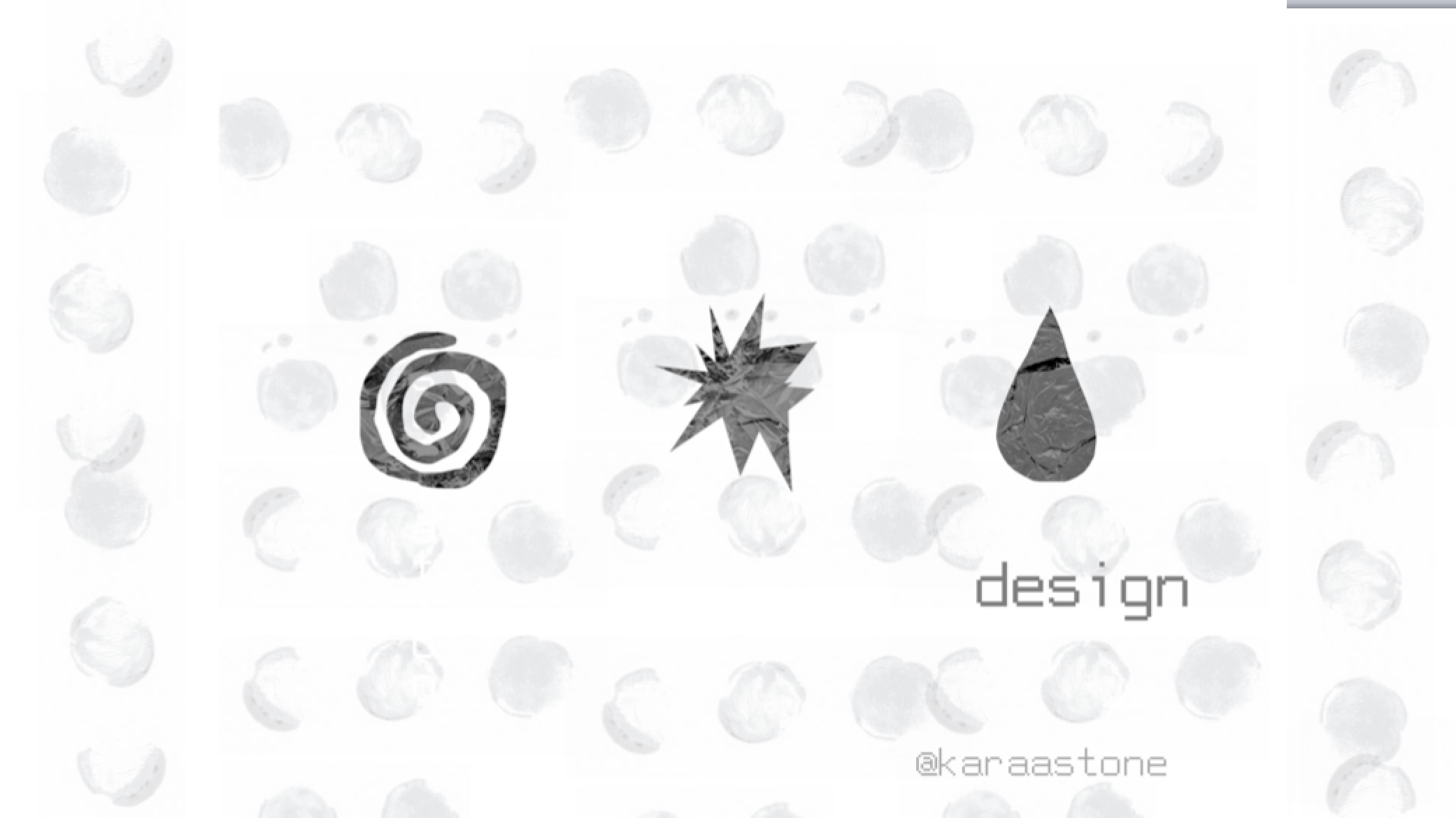 The final facet is design. Ritual of the Moon is another piece that took a long time to make but I didn’t mean it to. I’ve been working on it for over 4 years when I thought it would be 1. It is to finally be released on the full moon in April next month. The game takes place over 28 days. Real-time days. the player plays for 3 minutes each day, where you arrange objects on an altar, receive a mantra for the day, and then you make a choice based on your personal emotional state at that moment, if you want to destroy or protect the earth from a comet that is coming to hit it. The game tracks your choices in a calendar, acting like a mood chart for the month. I wanted to make space for ritual, for short plays that we can integrate into our lives, that’s slow and meditative, that make us reflect on our emotional state, not cause anything frustrating or panicky. Many of us are rightly criticizing labour practices that expect us to work 80 hours a week but want to make games that take 80 hours to play. straight. With No breaks. That’s how they’re designed! Many videogames actually reinforce overwork. We think of A good game is a game you want to play all. the. Time. We design so there is a constant pull to keep playing. This is done most often by activating panic, aggression, frustration, and momentary gratification. then looping this over and over. We try to emotionally manipulate the player so they play more. But these are just a few of the emotional possibilities of games. 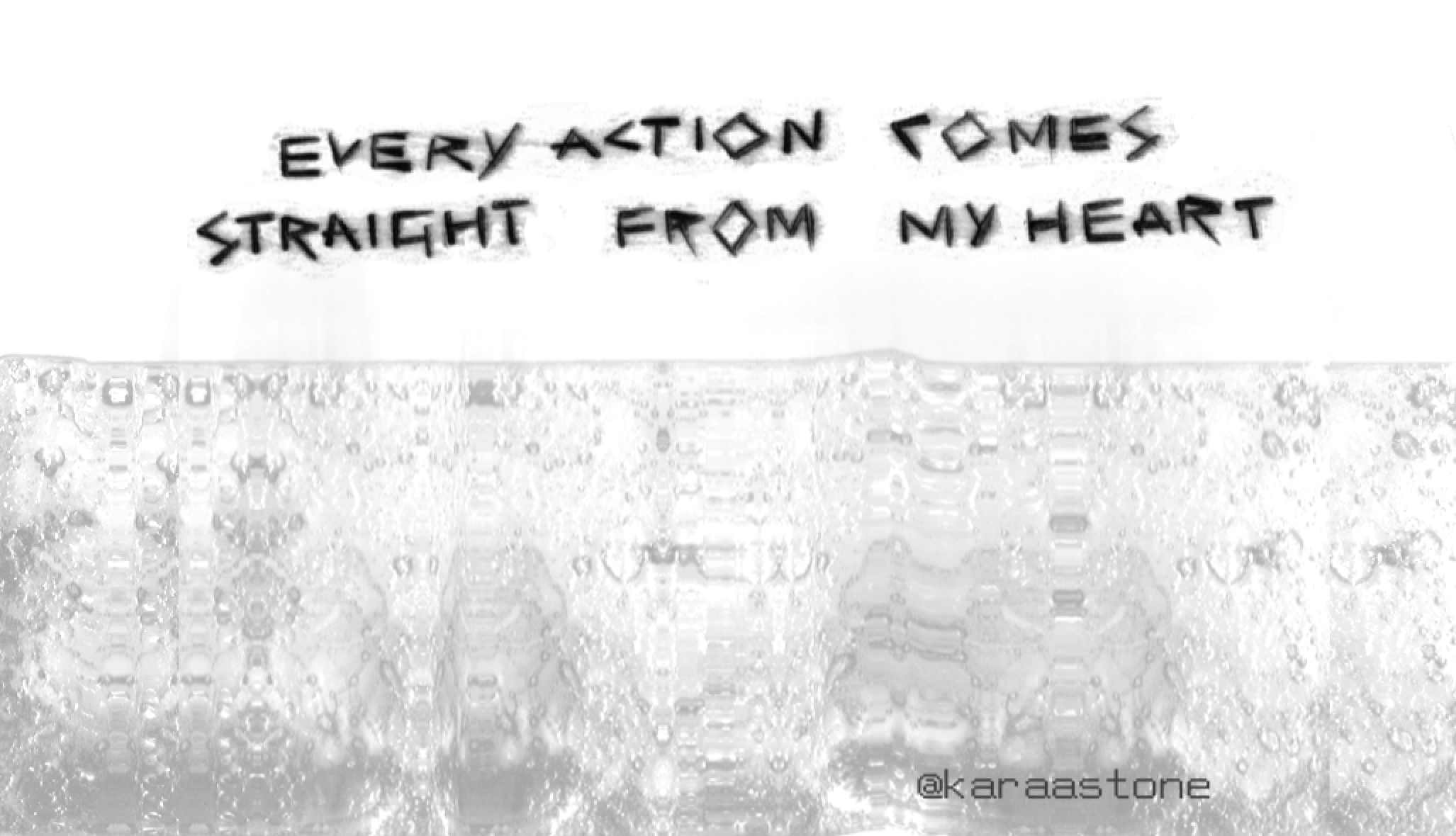 What if we made games that activated melancholy, or self-reflection, or tenderness? I think that these need to be designed differently than the way we design for panic, aggression, frustration, and gratification. It’s not as simple as making a game about a tender and soft person and expecting the player to feel the same, but designing mechanics and gameplay and even controllers differently to bring out feelings of tenderness and care, and using a process of game creation that does the same for us, the makers. I think games are emotionally powerful, and it’s time we start channeling that power into a wider emotional landscape. we need to make reparative games, games that can help us heal.”