Live Among Ghosts is an installation piece created from deconstructing and recrafting an old computer. We took an old broken laptop that we ripped apart into its smallest pieces and spray painted, created molds, wove and sewed soft materials and hung it from the ceiling. The empty screen frames hang on either side, 1 of the computer and 1 totally crafted. They act as a proximity sensors so two people at either side can control different tracks consisting of machinery sounds, recordings of Ada Lovelace and Charles Babbage’s Analytical Engine, sewing machines, looms at work, women’s chatting voices while weaving, with the sound of women’s breathing throughout. We created it in hopes to interrogate the common dichotomies of craft and technology, masculine and feminine, future and past, material and immaterial.

This project was funded by ReFig. 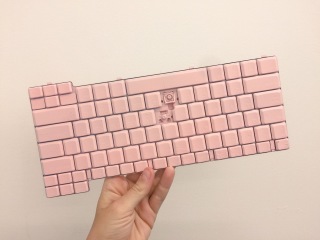 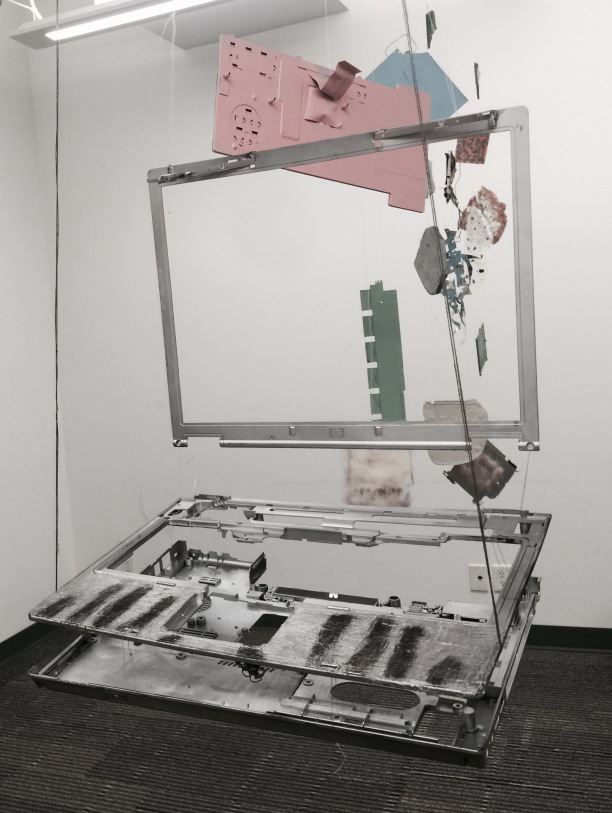 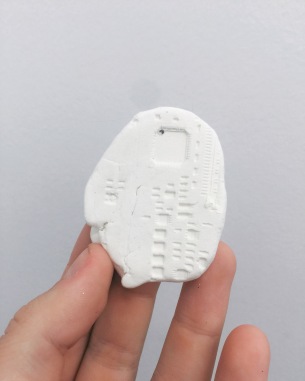 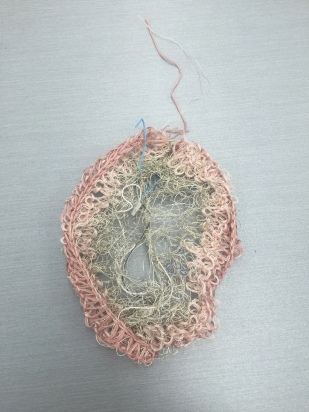